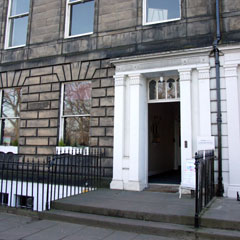 In this house on 4 November 1847 James Young Simpson, professor of medicine and midwifery at Edinburgh University, discovered the effects of chloroform, the first widely used anaesthetic. Simpson and some of his medical friends used to spend their evenings testing the effects of various chemical substances on themselves in the hope of finding an effective anaesthetic. On this particular evening they decided to try chloroform, which had first been sythesised in 1831. This instantly rendered all three of them unconscious until the next morning. On waking up, Simpson realised he  had found what he was looking for. 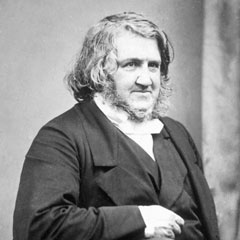 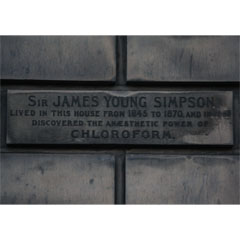 Plaque on the wall of James Young Simpson’s former house.