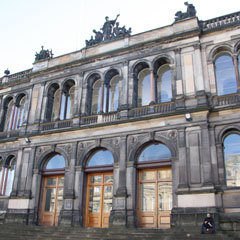 The oldest part of the building that houses the National Museum of Scotland was called the Edinburgh Museum of Science and Art when it was opened by Prince Albert in 1866. Construction had began in 1861 and work was to continue on the first phase of the building until 1888. It was renamed the Royal Scottish Museum in 1904 and became the National Museum of Scotland in 2004. Initially much of the collection came from the University of Edinburgh’s natural history collection, which had become too big for the University’s own museum in what is now the Talbot Rice Gallery.

Free entry, although some temporary exhibitions may charge.