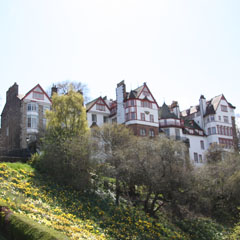 Collaborating with Roderick Murchison, Archibald Geikie produced the first geological map of Scotland in 1862 while working for the Geological Survey of Great Britain. He went on to become the first professor of geology and mineralogy at the University of Edinburgh from 1871 to 1881 and then head of the Geological Survey in 1881. He published widely on subjects as diverse as glacial drift (1863), the scenery of Scotland (1865) and the extinct volcanoes of Britain (1897). In 1976 he had a ridge on the Moon, Dorsa Geikie, named after him. 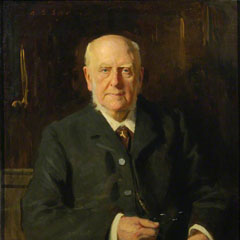