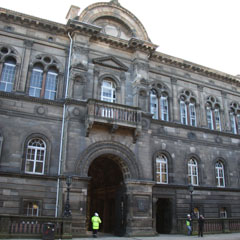 The Polish Medical School at the University of Edinburgh was set up in March 1941 to allow members of the Polish armed forces in Britain to study medicine in their own language and according to a Polish curriculum. By the time the School closed in 1949 over 336 students had studied there, of whom 227 left with a medical diploma and 19 with an MD. The political situation in Poland after the war made it difficult for graduates to return to their home country and most either stayed in the UK or emigrated to North America or Australia. 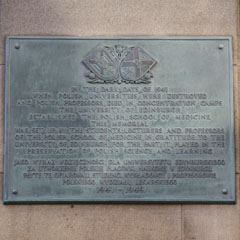 Teaching staff and graduates after the graduation ceremony in the McEwan Hall, July 1942.