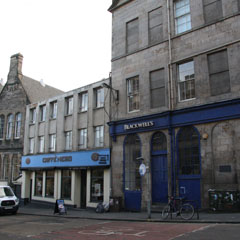 Edinburgh Royal Infirmary moved to this site in 1741. The old Infirmary, which first opened its doors in the nearby Robertson’s Close in 1729, had only four beds, quite inadequate for the city’s needs.  The new hospital was granted patronage and a charter by King George II and had 228 beds. Over the decades the Infirmary grew to occupy most of the land between Infirmary Street and Drummond Street. By the 1860s the hospital was again proving inadequate and plans were made to move the hospital to Lauriston Place in 1879. 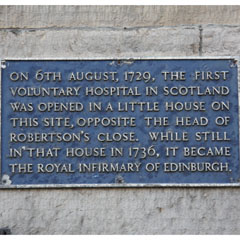 2 Responses to “Site of the old Royal Infirmary”