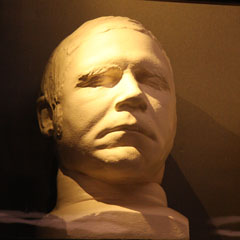 The advocates of the ‘science’ of phrenology claimed that the brain was composed of a number of organs, including organs of ‘destructiveness’ or ‘benevolence’ and ‘hope’. They believed that the character of a person could be determined from the shape of their skull, which mirrored the development of these organs. They were therefore very interested in collecting casts of the heads of remarkable people, whether geniuses or criminals. This is just such as cast of the head of the notorious murderer, William Hare, taken after his execution in 1829.

Entry to the Scottish National Portrait Gallery is free. 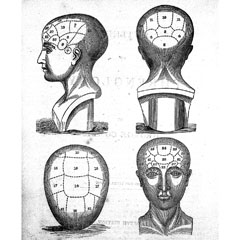 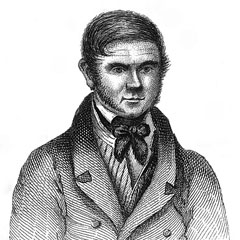 Portrait of William Burke by George Andrew Lutenor; a portrait painter who was also one of the jurors at William Hare’s trial, 1829.