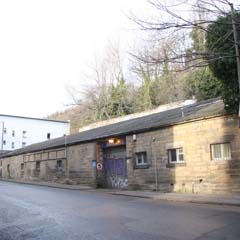 This brewery, owned by John Muir, was the first in Britain to brew lager in 1835. Muir had enjoyed lager while on a visit to Germany and decided to try brewing it himself on his return to Scotland. This style of beer requires a different type of yeast from traditional Scottish beer, and he had this sent to him in Edinburgh by a German friend. The difference between lager and the traditional dark Scottish beer, combined with the challenges presented by the need to store the lager at a cool, even temperature in the days before refrigeration, meant that it did not become widely established at this time. However, lager brewing was revived towards the end of the nineteenth century, by which time the technology had moved on. The original brewery buildings are now flats. 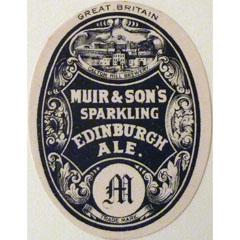