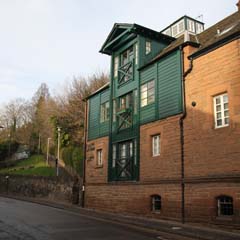 One of many breweries in the area, Craigwell Brewery was founded in 1822 by John Blair. The original buildings do not survive, although some later nineteenth-century brewery buildings have now been converted into flats. These were built by Charles Blair, the son of John, who took over the firm in 1873.  John Blair’s son Charles built a maltings, where barley for use in the brewing process could be converted into malted barley. This building can still be seen standing opposite the brewery itself. Many breweries bought in the malt from an outside supplier rather than producing it themselves. The hoists which were used to pull the malted barley and other raw materials up to the brew house can still be seen. In 1898 Blair merged with the brewery of James Gordon in Glasgow to form Gordon and Blair. The brewery ceased production for a time the early 1900s when the well used to supply water for the brewing process became contaminated. However, a new well was dug and the brewery continued production until 1953. 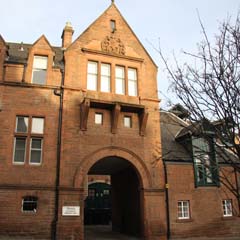 The main gate of Craigwell Brewery. 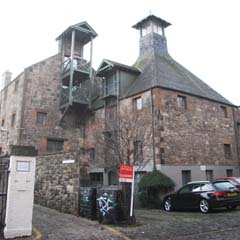 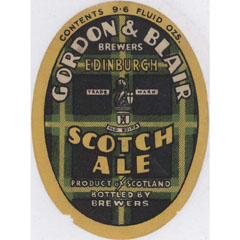