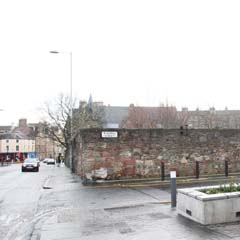 This street was originally close to the South Loch, which was drained to make way for the Meadows park in 1722. The street was named after the windmill which stood near this spot and provided power to pump water from the Loch to the Society of Brewers’ brewery near what is now Chambers Street. Although Edinburgh was surrounded by boggy, badly drained land, finding a source of clean water was always a problem, and many breweries had their own wells so that they could be sure of the water quality. Breweries often had to drill down as far as 180 metres to find clean water. The South Loch was also sometimes known as the Boroughloch. The name of the Boroughloch Brewery, which closed in the early 1900s, can still be found on an archway at the entrance to the brewery on Boroughloch street, a short walk south of Windmill Street. The loch itself was drained long before the foundation  of this brewery in 1805. 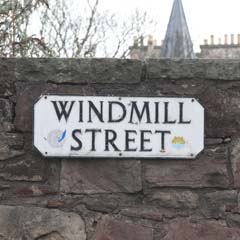 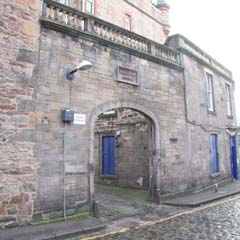 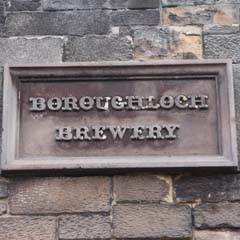