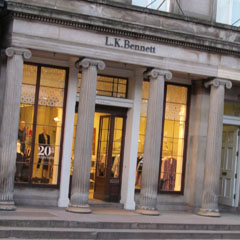 William Blackwood & Sons, an Edinburgh publisher and bookseller, was based here at 45 George Street 1829-1972. In 1851 William’s son (also William, 1810-1861) resigned from the East India Army, returning to Edinburgh to run the firm until his death. Blackwood’s produced cheaper ‘colonial’ editions of bestsellers especially for India. Blackwood’s Edinburgh Magazine (1817-1980) provided a conservative alternative to the radical Edinburgh Review (founded 1802). Blackwood’s tended to admire imperial achievements in its India articles, the Edinburgh Review was more critical. The Encyclopaedia Britannica, managed by Edinburgh publishing firms from 1768-1901, included many considered articles on India and Indian affairs. 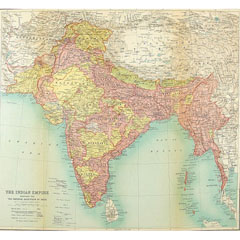 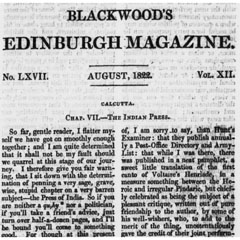 Blackwood’s magazine with an article on The Press in India.