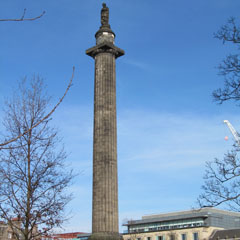 Although not erected for his India involvement, the Melville Column commemorates Henry Dundas, Viscount Melville (1742-1811), long resident at No 5 George Square. It symbolises how he dominated many of Edinburgh’s personal links to India. In 1784, the private East India Company was brought under some government control by a Board of Control, the chair of which for 20 years was usually Henry Dundas. Powerfully involved in India personnel decisions, he sponsored many young men on their India careers, after the sale of offices was abolished, usually in return for political favours and support from Edinburgh friends and clients. 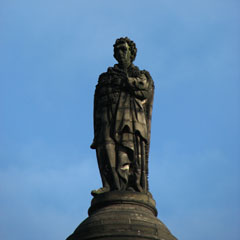 Close up of Melville’s Statue. 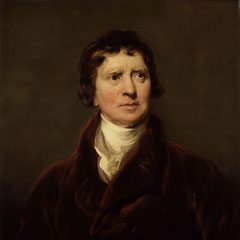