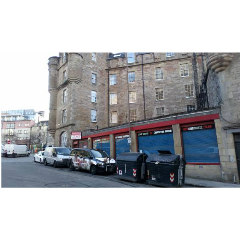 Starting in 1869, a building at 14 Leith Walk served as a firelighter factory where unemployed men could prove their willingness to work and earn wages to tide them and their families over. The work was hard-going, manually intense, and grimy, and it was thought that if a man could show his willingness to work there, he would work anywhere. Within a year of operation, more than 600 otherwise destitute men had been employed at the factory. In 1873, the Association took over factory management and when their headquarters moved to 1 King Stable’s Road in 1891, the factory moved here with it. A large waste paper store, another employment opportunity for men and women, was also on the premises. The Association learned, to their cost, the danger of keeping a waste paper store and firewood factory in close proximity to one another when a fire broke out in February 1896, damaging the building quite extensively and resulting in the sale of the premises and a move to North Fredrick Street. 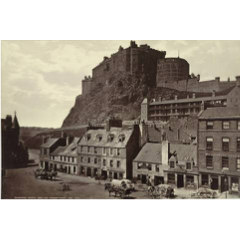