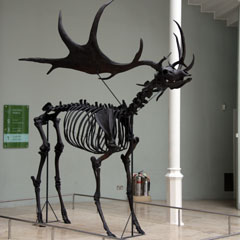 The magnificent skeleton of this extinct beast was added to the collection of Edinburgh University’s natural history museum in 1821 by Robert Jameson. It is not in fact a close relative of modern elks, but is a species of extinct giant deer. The skeleton was discovered in a bog in Ballaugh on the Isle of Man, and brought to Edinburgh through the efforts of the Duke of Atholl. This remarkable creature was at the centre of early debates on extinction. The great French geologist, Georges Cuvier, famously used it as an example of a species that was now completely extinct. 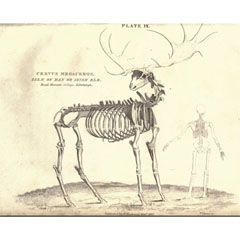 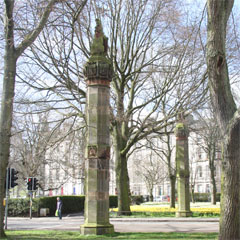 These two commemorative pillars were erected in 1886 by the Master Builder and Operative Masons of Edinburgh for the International Exhibition of that year. The blocks of stone from which the pillars are constructed represent stones from the different quarries which supplied Edinburgh in the 19th century. The names of the quarry from which it was extracted is carved on each stone. After well over 100 years, the different weathering qualities of the stones are evident. 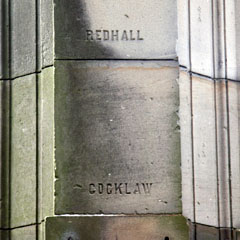 Inscriptions giving the names of the quarries where the stones originated from one of the commemorative pillars in the Meadows. 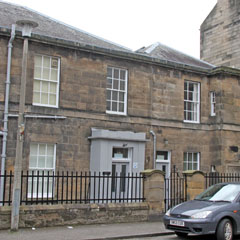 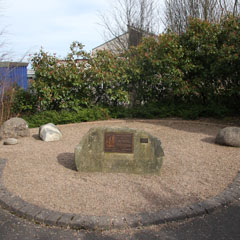 Hidden away just off the Pleasance is the Hutton Memorial Garden, on the site of the house where James Hutton lived till his death in 1797. it incorporates stones from localities that were important in the development of Hutton’s geological theories. Hutton believed that the continents were being slowly ground down and carried to the sea to be deposited as sand and mud. The internal heat of the earth then consolidated these deposits and raised them up to form new land. Hutton believed this cycle  continued indefinitely, leaving ‘no vestige of a beginning, no prospect of an end’. 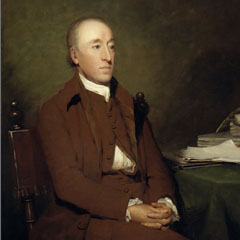 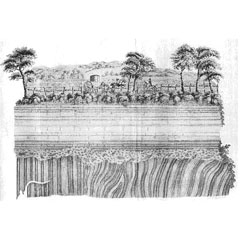 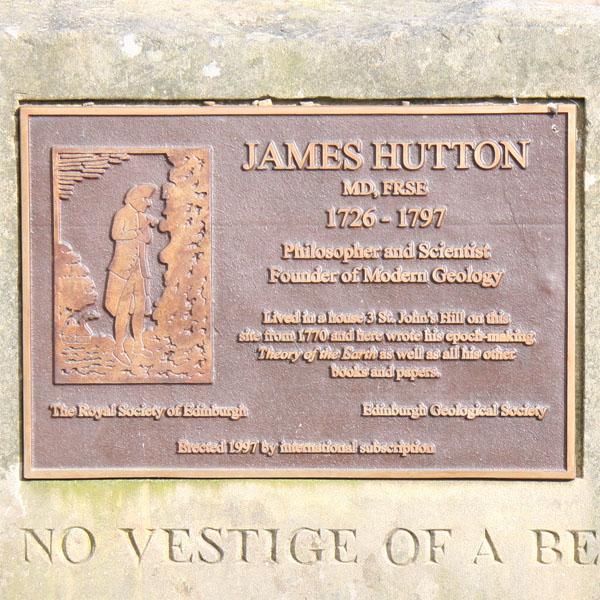 Plaque in the Hutton Memorial Garden.