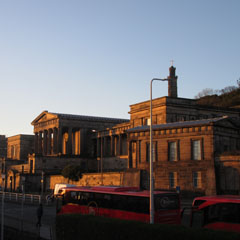 The dominant secondary school in Edinburgh until 1824, the Royal High School’s list of former pupils engaging with India is too long to recount, but included David Yule (1858–1928), Calcutta merchant and industrialist, ‘Empire’s Richest Man’. In the 18th and 19th centuries probably about the Edinburgh schools’ average of 10% of alumni went out, enough for Royal High School clubs in India and Malaya. Many of these men donated trophies, prizes and scholarships for sporting, or academic brilliance to the school, such as the India Prize given annually by a Calcutta newspaper editor for best essay on Indian culture. 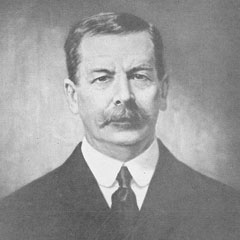 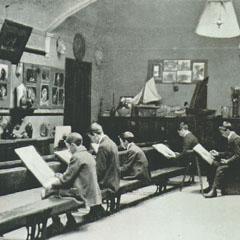 The Art Room before the First World War. 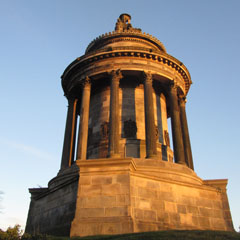 The idea to erect a monument to Burns was first proposed by John Forbes-Mitchell of Thainstone, Aberdeen, in Bombay in 1812. Expatriates raised a ‘considerable sum’ (£27,500, 2018 prices) and John raised more when he was back in Britain. A committee was formed with the Duke of Atholl as Chair, in 1819 at the London Freemason’s Tavern. Three of its members made their money in India: George Elphinstone, 1st Viscount Keith; Charles Forbes, head of Forbes & Co. of Bombay; and his relative, John Forbes-Mitchell. Thomas Hamilton, the architect, also designed the Alloway Burns Monument and the Royal High School (opposite). 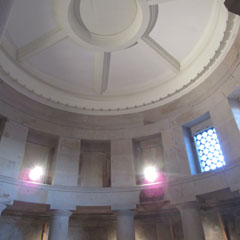 Inside the Burns Monument. 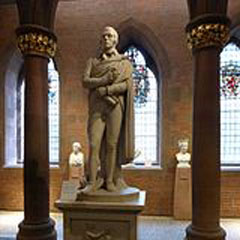 The original Burns Statue by Flaxman, now in the Portrait Gallery in Queen Street. 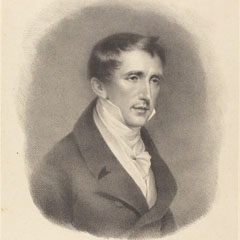 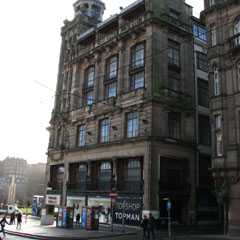 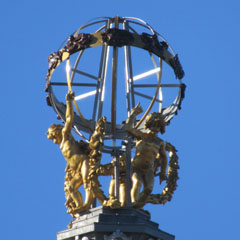 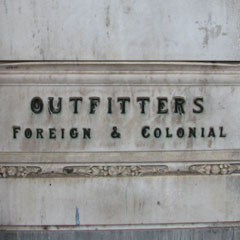 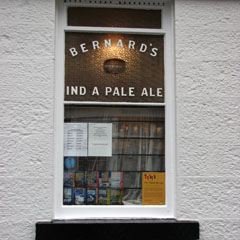 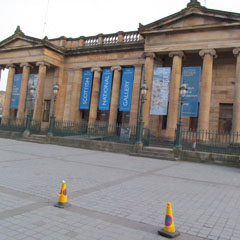 The Gallery does not have an ‘India’ category in its collection, but over the last 120 years, over 600 India-related objects have been acquired: 17th century etchings; 18th century topographical drawings; portraits and photographs of Scots who have left their mark on Indian history; and the work of modern and contemporary artists. Examples include Willison’s impressive full-length oil portrait of his patron, Mohammed Ali, Nawab of Arcot; displayed are Wilkie’s towering portrait of Major-General Sir David Baird at Seringapatam – a text-book image for the fourth Mysore campaign of 1799; and the portrait of Patrick Moir, Sheriff of Calcutta in 1810. 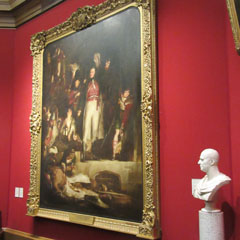 The David Baird painting and bust in the National Gallery. 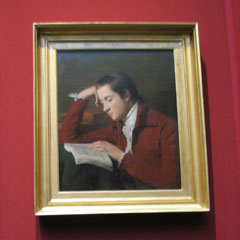 Portrait of Patrick Moir in the National Gallery. 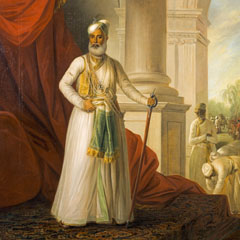 Picture of Nawab of Arcot at the Scottish National Portrait Gallery, currently in storage. 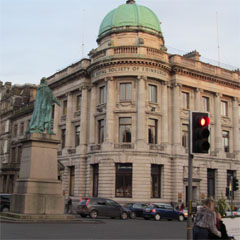 The RSE, created in 1783 for “the advancement of learning and useful knowledge” moved into this building in 1909. About 240 of its Fellows worked in India, including Sir Ronald Ross, who documented the link between mosquitoes and malaria, and Viceroy Lord Linlithgow. About 40 Fellows had Indian names, the earliest being educator, jurist, barrister and mathematician Asutosh Mukhopâdhyay in 1886. Several fellows gave the RSE Indian materials. Notably, Frances Simpson in 1819 gave four sculptures from Bihar/Bengal. George Swinton, in 1827, gave three Burmese sculptures; the head of a dugong; snakes; corals; an alligator and many other items. 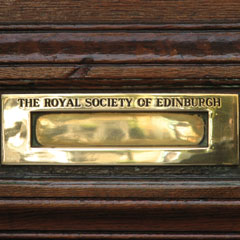 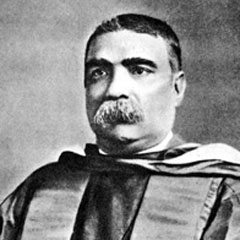 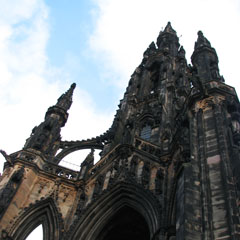 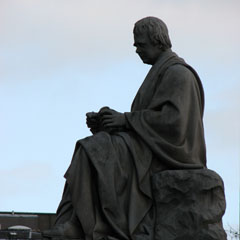 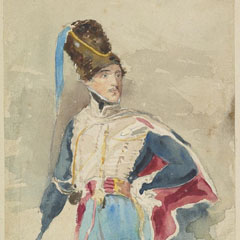