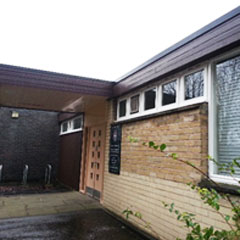 The Mutagenesis Research Unit of the Institute of Animal Genetics was established in 1958 with Medical Research Council funding. The director of the Unit, Charlotte Auerbach (1899-1994), had arrived at the Institute in 1933 after fleeing the Nazi regime in Germany. She was introduced to mutagenesis research by future Nobel Laureate Hermann J. Muller, during a research visit to Edinburgh. During the Second World War, Auerbach and the pharmacologist J.M. Robson made the groundbreaking discovery that mustard gas causes mutations to the chromosomes. The former Unit building is now renamed the Crew Laboratory and houses the Institute of Atmospheric and Environmental Science, part of the School of GeoSciences. 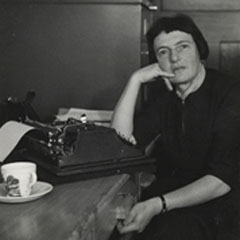