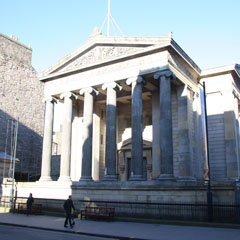 A notorious riot took place on this spot at the doors of the Royal College of Surgeons in 1870 when male medical students attempted to prevent female students from taking an anatomy exam. The first group of female students, known as the Edinburgh Seven, were Sophia Jex-Blake, Isabel Thorne, Edith Pechey, Matilda Chaplin, Helen Evans, Mary Anderson, and Emily Bovell. Several went on to distinguished medical careers, including the leader of the group, Jex-Blake, who set up the Edinburgh Hospital and Dispensary for Women, and Chaplin, who founded a school of midwifery in Tokyo. 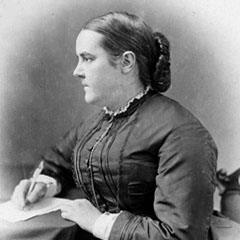 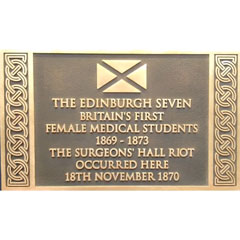 Plaque to the Edinburgh Seven, Royal College of Surgeons of Edinburgh.