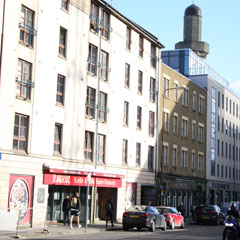 In 1812, long before women could enrol at Edinburgh’s medical school, a woman born under the name Margaret Ann Bulkley (c.1799–1865) successfully graduated with an MD from the University of Edinburgh. This is the site of the house where she lodged as a student. To enrol at the university she had to disguise herself as a man, using the name she is now better known under, James Barry. Barry went on the serve with distinction as a surgeon in the British Army in India and South Africa. Her true gender was only revealed after her death. 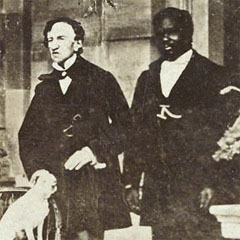 James Barry with John, a servant, and his dog, Psyche.