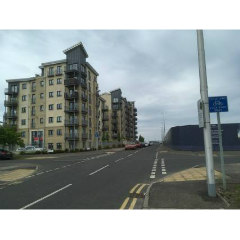 The off-loading of the esparto grass was located not far from here, and known as Esparto Warf, on the very north side of the Western Pier

A major industry in the Edinburgh area was printing and publishing, and this required paper. One of the raw components used to make it, esparto grass, had to be transported to the UK. Starting in the 1870s, esparto grass was being imported and by the 1950s, about a third of all the esparto grass that came into the country arrived at Granton – 100,000 tons of it. Coming from as far away as southern Spain and northern Africa, the arrival of esparto grass shipments were exciting times for the local children who adored the off-loading of the shipments, as the occasional tortoise hidden in the grass would quickly become a favourite pet. 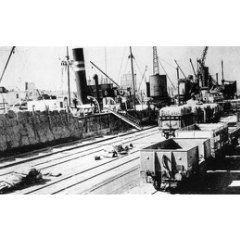 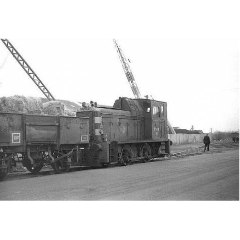 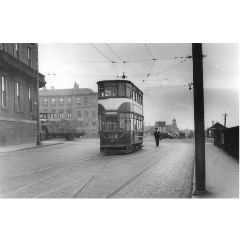 Granton Square with a lorry loaded with esparto grass leaving the Square, 11 April, 1955