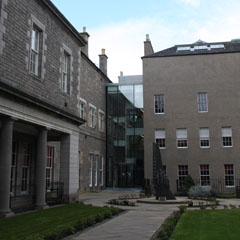 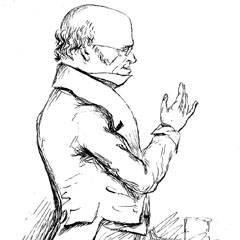 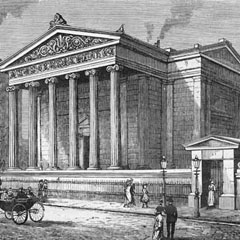 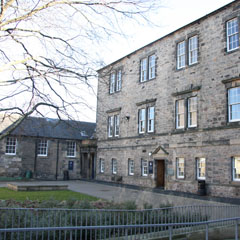 At number 10 Surgeon’s Square Robert Knox ran his extra-mural anatomy school from the death of its original proprietor, John Barclay, in 1826 until 1844. Knox bought the bodies of many of the victims of Burke and Hare. He was a flamboyant character, whose controversial views made him popular with his students. Although he was found innocent of any involvement in the murders, the scandal ruined his career. Robert Grant, who taught invertebrate zoology in the same school, was an early evolutionary thinker and friend of Charles Darwin while a student in Edinburgh in 1825-27.