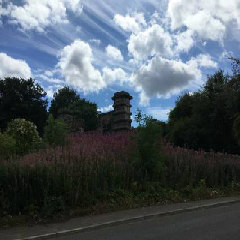 This stone structure is the remnant of the original entrance to Granton Castle. Although the building no longer stands, it was one of the oldest developments in the area, built on what used to be a rocky outcrop on a slope, with fine views across the Forth. The castle was already in existence in 1479 and sacked in 1544 when the Earl of Hertford landed nearby with an English Army on their way to burn Edinburgh and Leith.  Rebuilt by 1619, the owner was Sir Thomas Hope of Craighall, an eminent lawyer and politician. In 1740 John Campbell, the 2nd Duke of Argyll, bought Granton Castle from the Hopes of Craighall, and renamed it Royston Castle. He had previously bought the neighbouring estate of Easter Granton in 1739, which he renamed Caroline Park, after his daughter. With Argyll concentrating his efforts on Caroline Park, by 1749 Granton Castle was a ruin. Alas, it stayed that way throughout the 19th and early 20th century when lots of industrial activity developed in the area, contributing to the demise and ultimate destruction of this fine historic building. 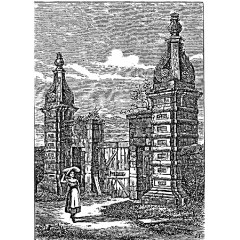 The old entrance to Caroline Park. This image is of the gate facing the Forth, visited earlier, but the current gates were modelled on the original entrance 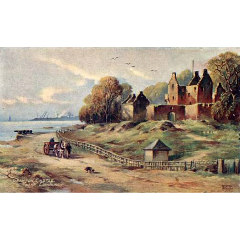 Granton Castle along the Firth of Forth shoreline, taken from a postcard available at the time 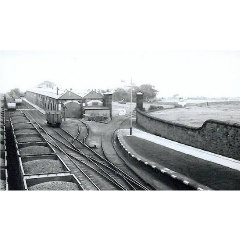