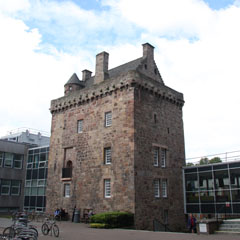 Now on the campus of Napier University, Merchiston Castle was once the family home of John Napier (1550–1617). It was here that Napier developed the concept of logarithms. Napier was inspired by the work of Paul Wittich, one of the assistants of the famous Danish astronomer Tycho Brahe, whose work was brought back to Scotland by John Craig, a Scot who taught mathematics at the University of Frankfurt an dem Oder. Logarithms have many important applications, including plotting the tranjectories of the rockets that took the first men to the moon. 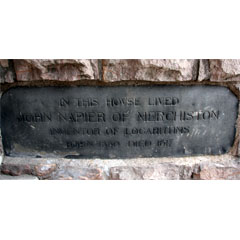