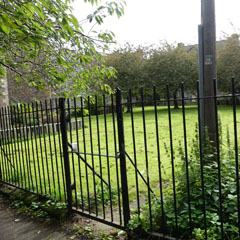 The first synagogue in Scotland was established in a rented room in Richmond Court in 1817. The community numbered around 20 Jewish families, most of whom had come to Edinburgh from Amsterdam. In 1868, it moved to larger premises near today’s Edinburgh Students’ Union in Teviot Place. In 1898 Edinburgh’s Jews were divided between two outlooks: Graham Street (The Englisher Shul) for the established Edinburgh Hebrew Congregation (EHC), and Richmont Court (the Russisher / Griner Shul) frequented by recent immigrants. Under Rabbi Dr Salis Daiches, who came to Edinburgh in 1919, the communities united and built a synagogue in Salisbury Road. Today, there are three Jewish religious communities in Edinburgh: the orthodox EHC, the Edinburgh Liberal Jewish Congregation, and the Chasidic Lubavitch Community. However, most of the 900 Jews recorded in the most recent Census are unaffiliated. 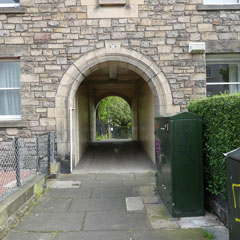