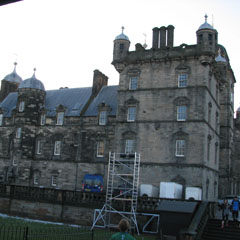 John Borthwick Gilchrist (1759-1841), former pupil and donor of George Heriot’s, went to India as a surgeon in 1782. An early introducer of indigo, and farmer of sugar and opium, he also started the teaching of Hindustani and use of Devanagari letters at Fort William College Calcutta, 1801. Returning to Edinburgh, he joined the Royal Society of Edinburgh, the Horticultural Society, the East India Club, and the Scottish Military and Naval Academy. He erected an aviary containing exotic birds outside his house on Nicolson Square. After his banking enterprise failed, he moved to London, taught Hindustani, and died in Paris. 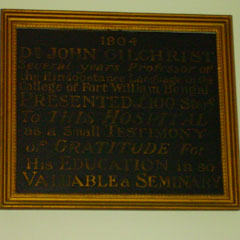 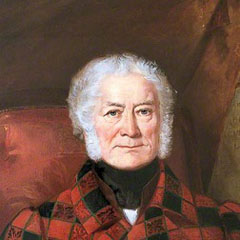