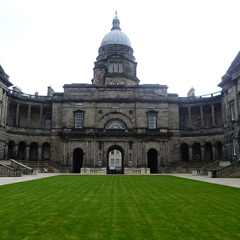 The India links of Edinburgh University staff and students started in the 1750s and strengthened in the 19th century. Principal William Robertson (1762-93, mausoleum in Greyfriars’ Kirkyard) wrote an early history of India; Principal William Muir (1885-1903, bust in the Playfair Library), supported Muslim and female education in Northern India. Edinburgh University, long the preferred British university for Indians, has awarded Honorary Degrees to Nehru’s sister and Shah Rukh Khan. In the Playfair Library stairwell are a marble bas-relief of Bombay philanthropist Cowasji Jehangir, friend of Principal Alexander Grant (1868-84), and a painting of wealthy Anglo-Indian and philanthropist Margaret Tyndall Bruce. 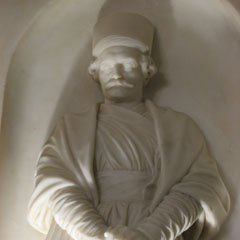 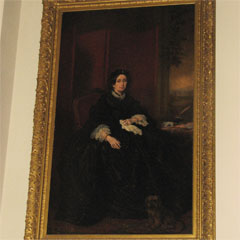 Portrait of Margaret Tyndall Bruce in the Playfair Staircase. 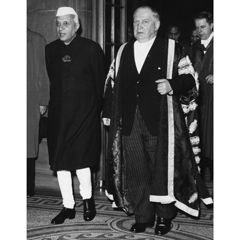