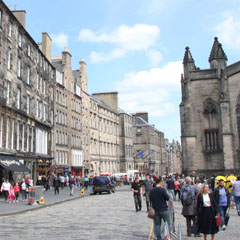 In the centre of the High Street close to this spot in the 17th century stood the so-called ‘luckenbooths’. In one of these was the family home of John Keill. Keill deserves the blame for inspiring the acrimonious priority dispute between Sir Isaac Newton and Gottfried Leibniz over the invention of the calculus. In 1701 he accused Leibniz of taken Newton’s unpublished work on ‘fluxions’ and publishing it as his own, calling them ‘differentials’. Newton was convinced by Keill of Leibniz’s plagiarism and so began a long and bitter dispute between them and their followers. 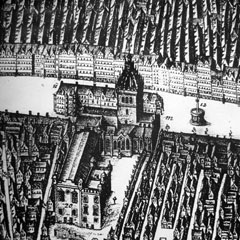