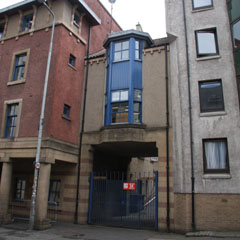 It was close to here that James Gregory, the University of Edinburgh’s first professor of Mathematics, lived between his appointment in 1674 and his death in 1675. Gregory had invented the reflecting telescope in 1663. Although the design predates Newton’s reflecting telescope of 1668,  a successfully functioning version was not constructed until several years later. The largest working optical telescope in the UK, constructed in 1962 by the University of St Andrews, was named the James Gregory Telescope in his honour. It is still used by the University’s School of Physics and Astronomy. 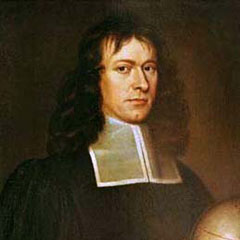 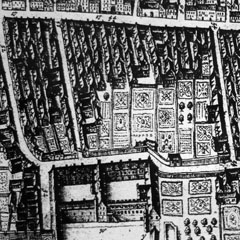 College Wynd from a map of 1647 by James Gordon of Rothiemay. The horizontal street at the top is the Cowgate. The middle of the three vertical streets is College Wynd, the main approach from the town to the University.