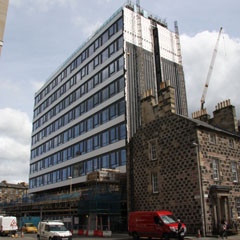 Sir Edward Victor Appleton became Principal of the University of Edinburgh in 1949. He had previously received the Nobel Prize for Physics in 1947 for his research on the ionosphere. The University’s Appleton Tower on George Square, completed in 1963, was named after him. This building was a central part of the development plan for the University championed by Appleton, which  would have seen swathes of the South Side of the city demolished to make way for modern buildings. Although plan was never completed, many beautiful Georgian Terraces were sacrificed to make way for the new development. 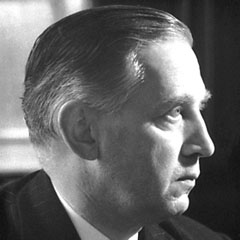