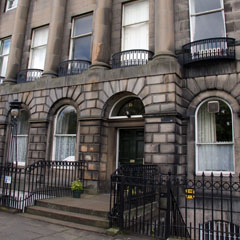 Charles Piazzi Smyth, Scotland’s second Astronomer Royal, was appointed Regius Professor of Astronomy at the University of Edinburgh in 1846. Perhaps inspired by the poor observing conditions at the Edinburgh’s Royal Observatory, he proposed building an observatory on the peak of Mount Teide on Tenerife. However, the construction of an observatory on this mountain had to wait until 1964. While Piazzi Smith did important work on spectroscopy, he is perhaps better remembered for his eccentric theories regarding the pyramids, the dimensions of which he believed had a religious significance. Sadly, these speculations did much to tarnish his reputation. 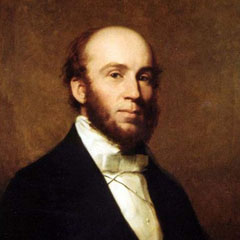 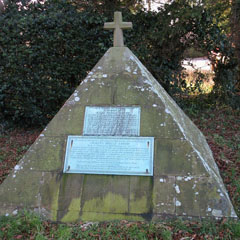 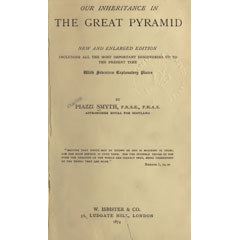 Title page of “Our Inheritance in the Great Pyramids” (1874) by Piazzi Smyth.