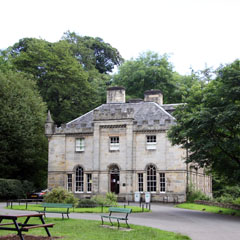 Now the visitor centre for a nature reserve, this was once the home of Charles Glover Barkla, who became the University of Edinburgh’s eleventh professor of Natural Philosophy in 1913. Barkla won the Nobel Prize for Physics in 1917 for his work on X-rays. He was the first to demonstrate that X-rays could be polarised, showing that they were transverse electromagnetic radiation. Unfortunately his reputation was later damaged by his claim to have identified so-called ‘J-radiation’, a form of short-wave radiation incompatible with the predictions of quantum theory, which turned out to be spurious.

Open to the public. 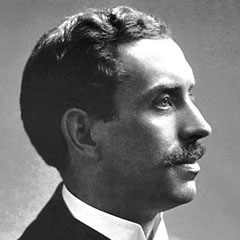 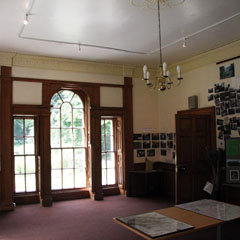 Interior of Charles Glover Barkla’s house as it is now.